I gave the following assignment to my siblings.


Since we all enjoy spending time in the kitchen, it is time share some of our creativity.  Share your own variation of an already published recipe that is a good fall offering. Share the recipe, share why you made the changes you did, and your critique of the dish you created.  Share photos as well. 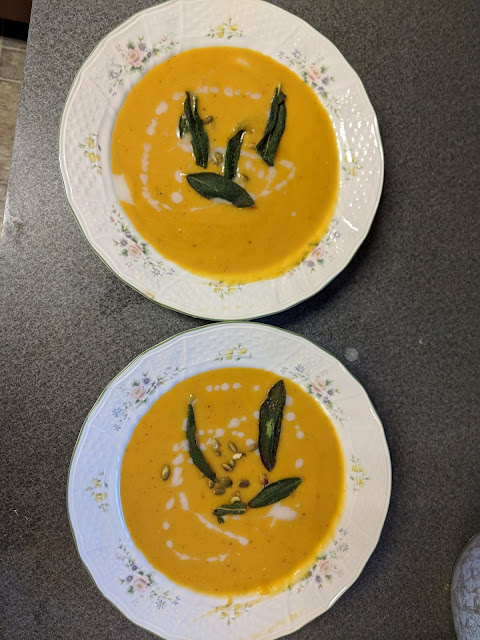 When I gave this assignment, I wasn’t sure what recipe I would be putting my own twist on.  But as I saw the squash spilling over onto my kitchen counter, and fill a box in my pantry, I knew I wanted to make a squash soup. 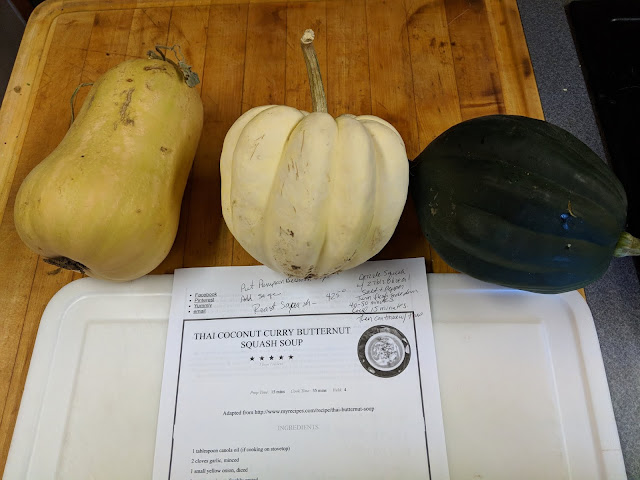 I had many cans of coconut milk in the pantry as well, so I knew I wanted to make a squash soup using coconut milk.


I found a “Thai Coconut Curry Butternut Squash Soup” recipe online.  It was just what I was looking for.  But I made a few adjustments. 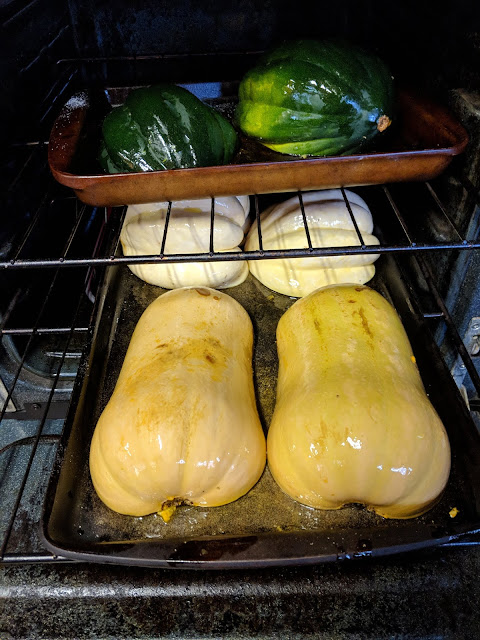 The recipe called for butternut squash.  I had a hybrid butternut/zucchini squash, plus some acorn squash, white and green.  I decided to use all three kinds.  The recipe said to cube the squash and cook it in a broth on the stove.  I love what roasting does to squash, so I took my three squash, cut them in half and scooped out the seeds, then slathered them with olive oil and put salt and pepper on them.  The cut side was  down on the pan, and I roasted the three kinds of squash at 425 degrees for about 40-50 minutes.  Once they came out of the oven, they cooled for about 15 minutes 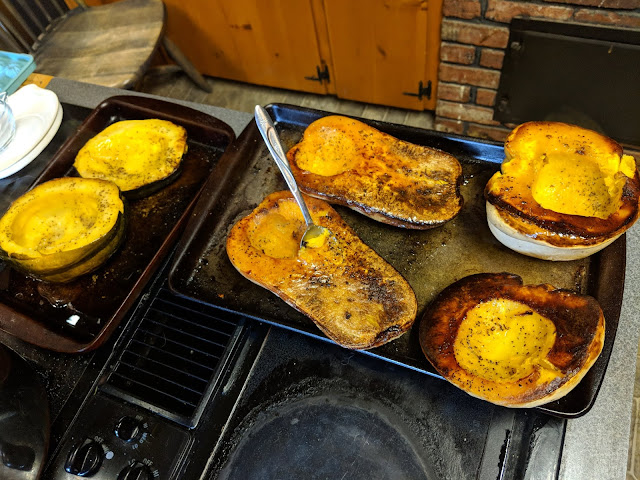 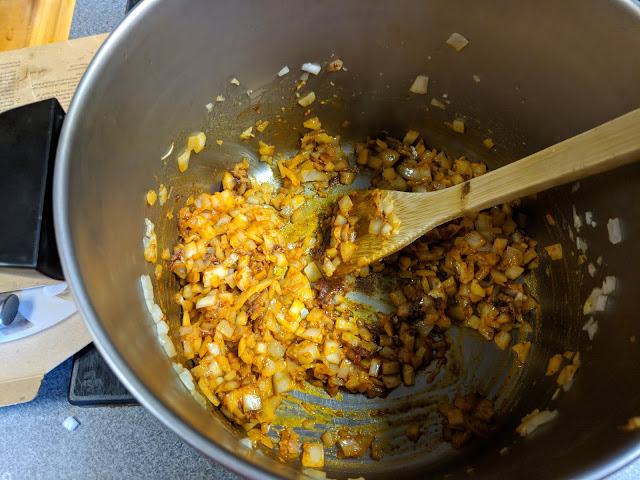 While the squash was roasting, I prepared the broth for the soup.  In a large soup pot over medium heat, I added 4 cloves of minced garlic and one large onion, chopped to some heated olive oil.  I sautéed the onion and garlic for about three minutes, until they were soft and fragrant.  Then I added 2 teaspoons of ginger and 4 Tablespoons Thai Red Curry Paste.  I cooked it all about 3 minutes more, stirring often.  Once the roasted squash had cooled, I scooped it from the shell and added it to the onion mixture.  I stirred it around a bit, then added the quart of vegetable broth a little at a time while I stirred it in.  I added some salt and pepper, then I brought it to a boil, and reduced the heat to simmer and cooked it for about 10 minutes.  Then I removed it from the heat and let it cool for a few minutes. 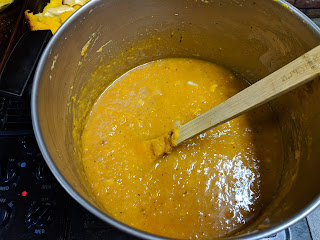 Once it cooled a bit, I put it in the blender in small batches and blended it until smooth. 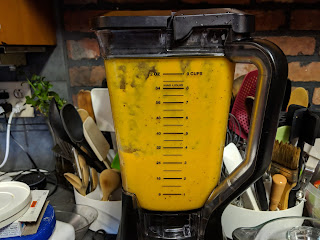 I put it back into the pot and then added two cans of unsweetened coconut milk, leaving a little bit out to drizzle on top before serving.  I mixed it all well together. 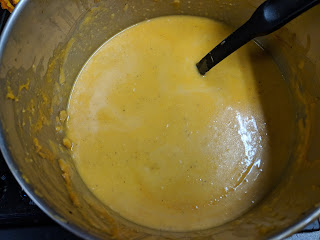 While it was staying warm, I toasted some pumpkin seeds in a small pan on the stove.  Then I fried some fresh sage leaves in some olive oil for 2 minutes, then sprinkled coarse salt on them.  The pumpkin seeds and the fried sage leaves were my own idea for adding to the soup, and added a special crunchy texture I loved. 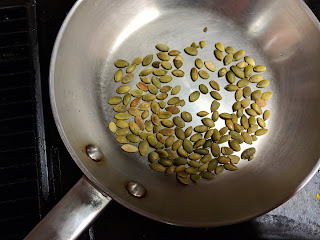 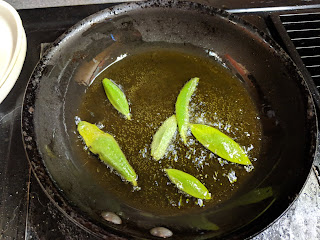 Once I ladled the soup in the bowl, I drizzled some coconut milk on top, squeezed some fresh lime juice on it, and added some pumpkin seeds and fried sage leaves.  I was very pleased with how it turned out.  The Thai red curry paste gave it just the bite it needed, but the coconut milk toned it down so it wasn’t too spicy for me.  The pumpkin seeds and sage leaves helped make this an even more autumnal soup to enjoy.  Paul and I enjoyed it for dinner, and Coco and her boyfriend Taylor also tried it.  Taylor loved it, and Coco ate some and said she liked it, too.


I love taking a recipe and making it my own.  I made some notes on the original recipe, and plan on making this again for another comforting treat later in the fall.  I had purchased some fresh cilantro to add to it, which I didn't put on it.  But when I have it warmed up, I will add the cilantro to add another fresh taste to the top.