Mom's fears must have been all absorbed by Raymond Pert and Inland Empire Girl before I came along, because I have no memory of Mom being so afraid of the river.

In fact, I never remember being at the river with my mom.

My memories of the Clearwater River all happened at Zann's Beach.

And I only remember being at the river with my dad. And I remember being amazed Dad could swim across the river and back, because I had never seen him swim at home, even when we would visit friend's river places up the North Fork of the Coeur d'Alene River.

I did have a fear of the river one summer, though. It was the summer of 1975. I would have been 12-years-old. That summer I had gone to The Rena Theater, and watched a movie called "Jaws".

That summer when we went to Zann's Beach with my family, I refused to go out into the water very deep, because I was convinced a great white shark would come and attack me.

Thank goodness, 35 years later, my fears of sharks in the water are gone. I was able to go to Zann's beach with my own daughters and husband and niece, and enjoy the water, and remember the white sand on the beach that was hard to get off, the volcanic rocks on the beach, and the memories of times gone by.

Here are some pictures of our family at Zann's Beach a few weeks ago when our family attended the "Last Cousin Standing Hootenanny" family reunion in Orofino, Idaho. 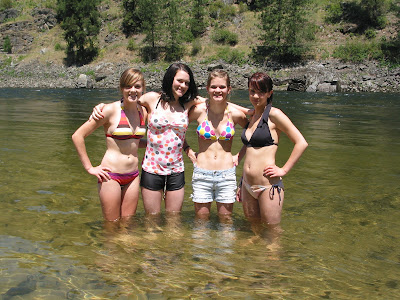 Our niece and three daughters...the bathing beauties in the Clearwater River. 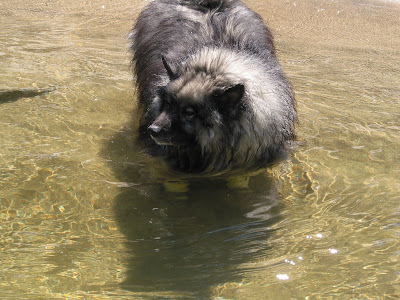 Peaches swimming in the Clearwater River. 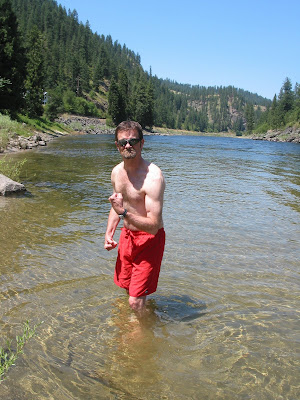 PKR, my own muscle man on the beach. 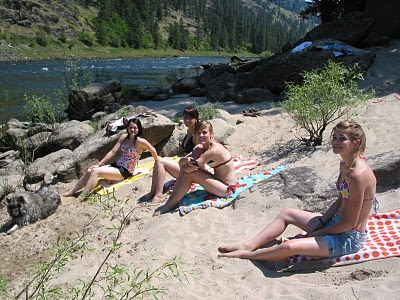 More beauties on the beach. 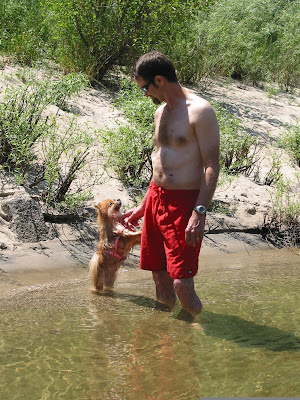 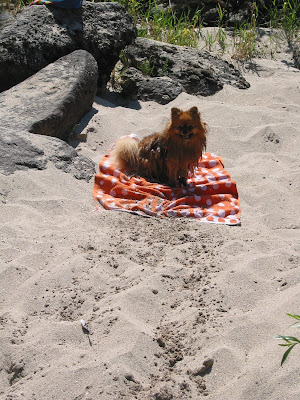 Sadie sunning herself on the beach.

Created by Carol Woolum Roberts at 9:58 AM No comments: