We are Hoppin' On Halloween!!! 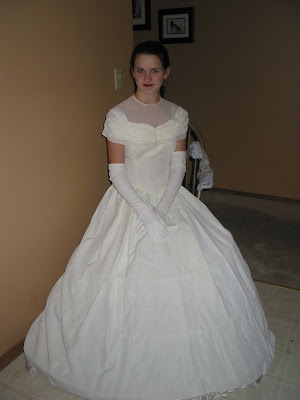 Tonight, Z2 is handing out candy to our little trick or treaters. She has been looking forward to this all year, and wasn't sure if she was going to be able to do it.

She woke up early and got on the bus to go to Moscow for the U of I Homecoming. She marched in the parade with the KHS Marching Band, then played right before the game. Then PKR went and got her so she could come back for the rest of the evening's festivities. Too bad she didn't stay for the whole game. I would have loved to have been there to see my Vandals come from behind and win 35-34 today.

Then The Princess drove Kiki Aru and her friend CS to the NIC Volleyball game this afternoon. PKR picked them up after the volleyball game, and brought them back. Kiki Aru and cousin KR are out trick or treating right now. 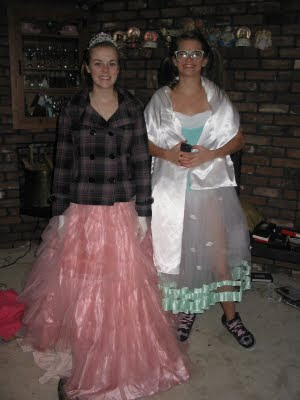 The Princess is adding to the Halloween atmosphere by watching "Twilight Zone" episodes on the television.

Once everyone returns, we are all heading back to Coeur d'Alene to Arrowpoint to spend the night with PKR's brother's family. They are up here watching the Idaho State Volleyball tournament.

So, yes, this is one hoppin' Halloween!!!
Created by Carol Woolum Roberts at 6:11 PM No comments: 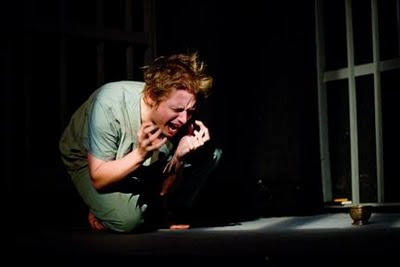 SHAWN GUST/Press
David Carey plays the part of Renfield during a dress rehearsal of the Lake City Playhouse's production of Dracula.

Tonight we went and saw the Lake City Playhouse production of "Dracula". It was very interesting and a good production.

We went because one of PKR's former drama students was in it. David Carey played the character of Renfield, and it was a part written just for him. He did a marvelous job, being just creepy enough, but not too over the top. It was exciting to see him do so well, and we were very proud!!

Here is an article about the production if you want more information.

It is interesting attending a serious play, because often the audience doesn't know how to react. Often there was laughing when there shouldn't have been, because audiences aren't used to serious drama, and aren't sure what their response should be. It was very interesting.

If you want to see a great production of "Dracula" go see this production. Some of the characters were a bit weak, but over all, it was a well done production.
Created by Carol Woolum Roberts at 11:35 PM No comments:

In a Hitchcock Film?

Have you ever felt you were in the midst of a Alfred Hitchcock film?

Today I was sitting in my living room, doing some work on the computer, and I heard an odd noise, but didn't really pay that much attention. Then, all of a sudden, something outside caught my attention, and, looking outside on our front lawn, our front lawn was covered with birds.

Now, these pictures do not do the scene justice. By the time I grabbed the camera, some of the birds had flown off. 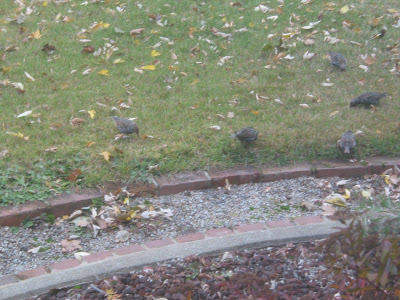 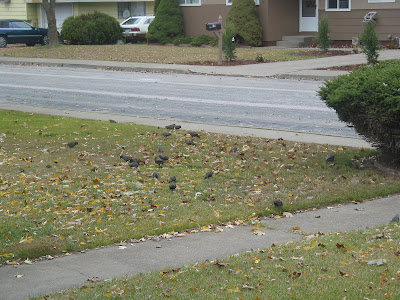 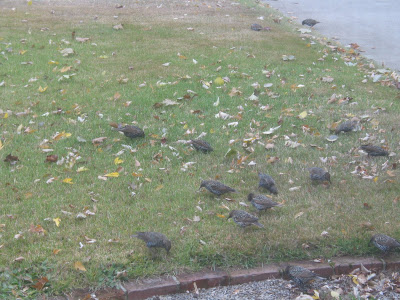 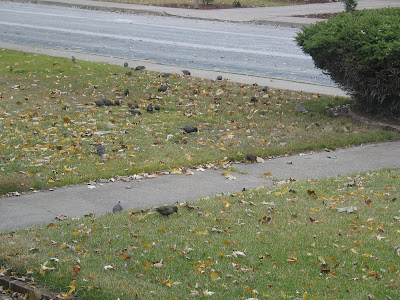 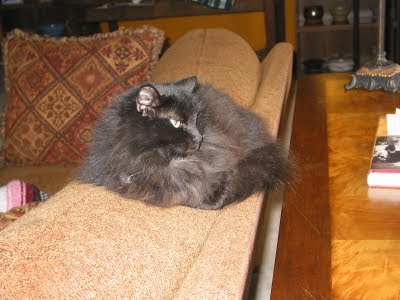 Our cat Benjamin seemed to be very intent on keeping an eye on the feathered fellows.

It was a bit eerie.

Is anyone able to tell me what kind of birds these are, because I have no idea.

It made me thing of Hitchcock's film "The Birds". I think it was one of the first Hitchcock movies I ever saw. And this is the scene that has stuck with me from that first viewing, probably when I was in early grade school.

Here We Sit--A Comedy About Theater 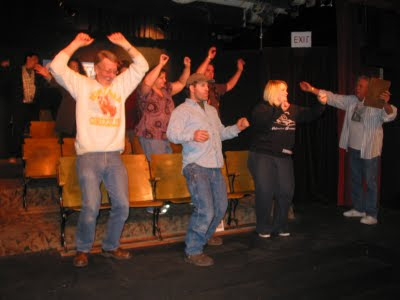 WALLACE—There is a lot more to the theater experience than is seen on the stage.

And most of it is pretty hilarious.

The Sixth Street Theater’s upcoming production “Here We Sit” will give you a glimpse into the life of the theater. Using a variety of different scenes to portray different aspects of the theater experience, this production shows scenes such as a director melting down at rehearsal, an actress melting down during a performance, an audience member demanding to be an audience of one after driving through a snow storm to see the play, and the trials and tribulations of two old ladies attending the theater.

This play is for mature audiences only, and is not recommended for children under 14 years of age.

The play opens Friday, November 6 at 7 p.m., with theater goers invited to a special Opening Night party at 6 p.m. complete with refreshments.

The Sixth Street Theater is located at , in Wallace. For more information, visit the website at www.sixthstreetmelodrama.com.