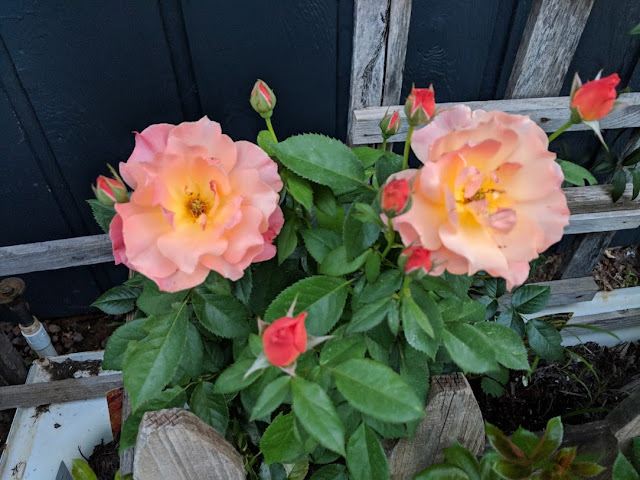 *Yesterday I forgot to mention another visitor at the mine tour on Saturday.  Shellie O Johnson and her husband Grant came to do the tour with some friends, and it was so good to see Shellie and visit with her briefly.  We have known each other practically our whole lives, and we graduated from KHS in 1981 together.  She said something to me that made me feel really great all day long.  She “spoke life” to me, as theme we focused on last week at the Dare to Imagine Camp.
*Today a couple from France came to the mine tour.  They took the “trolley only” tour, and enjoyed it.  I had this urge to start speaking a few phrases of French that I remembered, but chickened out.
*This summer I planted a unique vegetable called “Rat Tail Radishes”.  They are not harvested underground, but as pods on a bush.  They are starting to be ready to pick, so I picked some.  They are very good, and have quite a bite.  I have been exploring ways to pickle them.  This is what they look like.

If you would like to know a little bit more about this radish, you can read about it here.
*I arrived home and Paul and I had a talk about the days events before we headed over to Bill and Debbie’s house for family dinner.  Debbie and I had talked about making a potato salad using cauliflower.  I was going to attempt it last week at family dinner, but didn’t have the time.  So she decided to make it this week.  It was a hit!!  Who knew cauliflower “potato salad” could be so good!!  She also made some stuffed mini peppers, and Bill prepared some delicious tilapia fish.  It was a very good meal.  The whole family enjoyed it.
*Last spring I had purchased an Amazon Firestick for the television.  I played around with it a bit when we first purchased it, but, for the past few months I mostly have used it for Netflix and occasionally Amazon Prime. But last night I played around, and believe I now have the capability of watching much more programming.  In fact, it is a bit overwhelming.  But I look forward to exploring my options a bit more in the next few days.  One other thing I found out I can do is listen to my audio books from my Audible account through the television.  That may come in handy.

Created by Carol Woolum Roberts at 7:35 AM