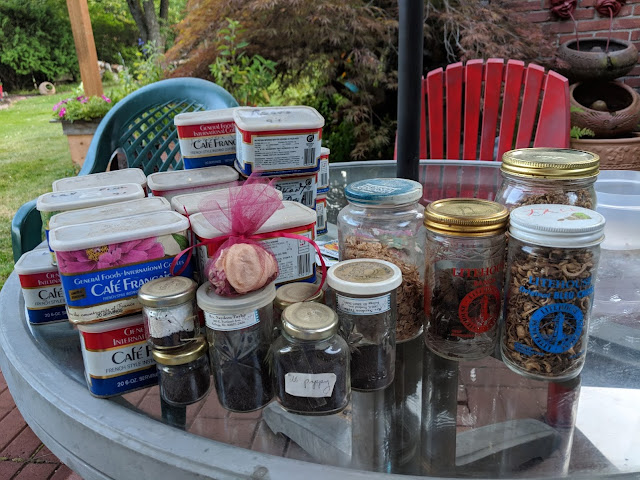 *Today the Bible story we shared with the first and second graders was The Prodigal Son.  What a great story about love, forgiveness and grace.  We also talked about it in our Drama Activity with the third and fourth grader.  We shared with them to never forget that, no matter what you do you in your life, or even if you turn away from God, and leave him like the younger son did in the story, He is always there, ready to open you back with open arms.  In fact, when you turn toward Him, He will come running to you and give you a big hug.  What a beautiful picture Jesus paints as He shares this story.
*The theme of the week is “Speak Life”, and today we shared with the third and fourth graders the music video of the song “Speak Life” by Toby Mac.  The video tells four different stories about how people were spoken “death” to, and then later, someone spoke “life” into their lives.  We had the students get in groups and talk about what words would have been spoken to the bullied kid, the woman who was being yelled at, the older man in the hospital and the man being protested against for who he was.  The students came up with some great things to tell others, such as believe in yourself, you are worth it, and God loves you.
*My morning started off when one of the first grade girls came up, and gave me a big hug, and said I looked very pretty today, and she was glad to see me.  I was spoken life to right off the bat by one of those students.
*I finished the book Women in Sunlight by Frances Mayes.  It is about three women who travel to Italy and rent a villa and live there, and what happens.  My friend Vicki Allmann read it, and thought I would like it too.  I could relate to many part of it from my own Italian adventure last summer.   I really liked the book!!
*Things were finally checked off my “to do” list yesterday.  I paid bills.  I fertilized the roses, and the rest of the pots.
*When I was down in Boise at the end of June, Paul’s Aunt Susie brought me a big box of flower seeds that had been from her mother, Naydeen Taylor (Paul’s grandma) and Naydeen’s brother Wayne Bushnell (Paul’s great uncle).  I finally had a chance to open up the box and look at what is there.  Not all the seeds are identified, but I do know I have Calendula, Poppies, Money Plant, Sweet Peas, Mallow, Petunia, Clarkia Anemone, Hollyhock and African Daisy.  I love how old International Coffee boxes were used to store the seeds, as well as little jelly jars, and salad dressing jars.  I will make a plan to plant these seeds, and hopefully they will germinate and can be put somewhere in my garden.  In the meantime, I will be trying to solve the mystery of the other seeds that I have not yet identified.  What a treasure trove of seeds to plant in the future!!

Created by Carol Woolum Roberts at 7:17 AM