It was the ending of my daughter Cosette's basketball career.  They lost their third game of the District Tournament in a loser out game.

For the past 10 years I have watched her play basketball each winter.  She started out in the local Youth Basketball League, then played for Kellogg Middle School, was on various AAU team, played on the JV Basketball team her freshman and sophomore year, and the was a Varsity player her junior and senior year.

I enjoyed watching my daughter play basketball.  And tonight we saw this team come out with a lot of heart and we saw the team we knew they could be.  It even made me tear up a bit during that first quarter of the game, I was so proud of them.

Many of the seniors that were on her team this year have been her teammates for many years, so we have watched these girls grow up on the basketball court.

The parents, grandparents, siblings and friends have spent many hours in the bleachers watching these girls play and cheering them on.

Cosette was fortunate to have the same basketball coach for the last five years, Eli Bourgard. My husband Paul and Eli's dad were teammates on the basketball team when they attended Kellogg High School.  Cosette will always have a special place in her heart for Eli.

Cosette had a unique role on her basketball team the last two years.  She was "the prayer".  It started at the beginning of last season.  The team started praying before each game, and Coco was the one who prayed.  Then she started incorporating an inspirational Bible verse before each game to encourage her teammates.

This is her favorite verse:

Be prepared. You're up against far more than you can handle on your own. Take all the help you can get, every weapon God has issued, so that when it's all over but the shouting you'll still be on your feet.   Ephesians 6:13

She would always get excited when she found the verse to share with her teammates, and would often get the chance to share it with her dad and I before the game.

And she always had a good attitude during the game.  She was always there to encourage her teammates and cheer them from the sidelines.  It was her voice we always heard before they came running out on the court for the first time cheering her team on to victory.

It is hard for things to come to an end.  And for the girls on this team, this has been a very long chapter in their lives that has ended.

But I wouldn't change anything about those long drives, sore butts, late night fast food trips to watch these girls play basketball.

Sure, I'll watch the Lady Wildcats basketball in the future, but it will never be the same as it was with Coco playing on the team.

And Coach Bourgard and Coach Finkbeiner.

Yes, it was very tough to lose tonight......but to be a part of this experience with these girls for all of these years was definitely a win for us all!! 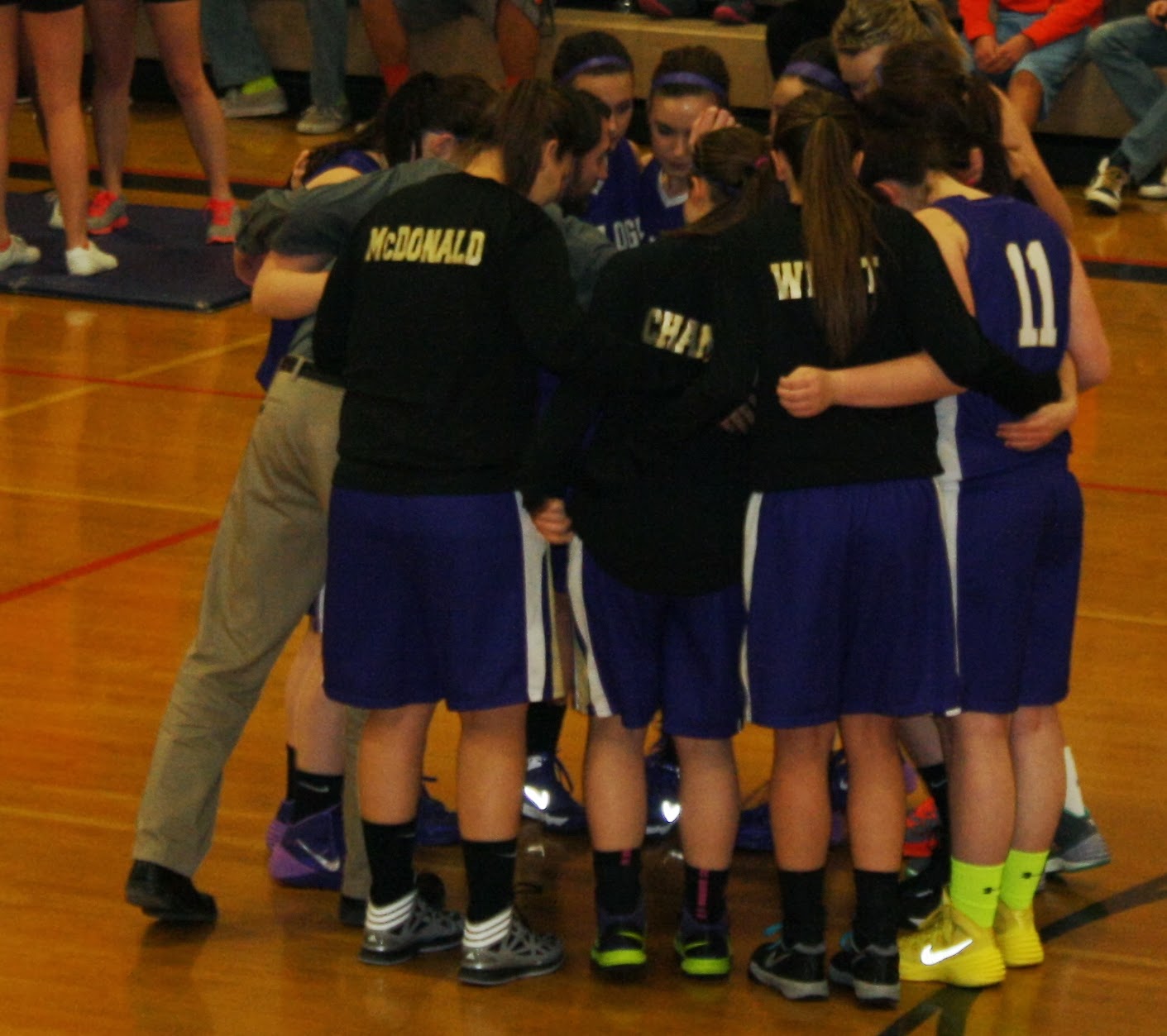