K is for Kellogg Patriotism 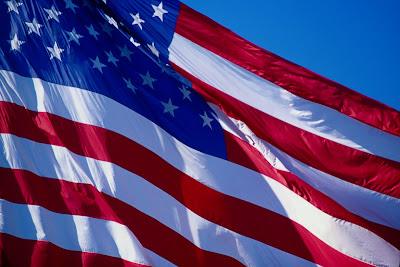 I absolutely love Veteran's Day, and paying tribute to our Veterans.

We are fortunate in the Silver Valley to have many opportunities to honor the men and women who have served and continue to serve our country.

Today I attended the Veteran's Day assemblies at both Kellogg Middle School and Kellogg High School. Both were very well done, and made me proud to be on staff at both these schools, and have daughters who were a part of the both assemblies.

At KMS, Kiki Aru was part of the band that played a beautiful patriotic melody. The main speaker was a man named Bill White who served in the Vietnam War. He shared how proud he was to serve his country, but that coming home was very hard, because it wasn't a very welcoming homecoming.

At KHS, Z2 played in the band, and also sang in the Select Choir. Bob McKay spoke about the new Veteran's Memorial in Kellogg, and ways Veterans are involved in the community.

As part of the KHS assembly, four Boy Scouts performed the flag folding ceremony. This ceremony explains what each of the 13 folds of the flag means, when a flag is presented to a deceased servicemen's family, or a policeman or fireman.

Here is what the Boy Scouts shared today during the assembly:

When the flag is completely folded, the stars are uppermost, reminding us of our national motto, "In God we Trust."

(Wait for the Honor Guard or Flag Detail to inspect the flag--after the inspection, resume reading.)

After the flag is completely folded and tucked in, it takes on the appearance of a cocked hat, ever reminding us of the soldiers who served under General George Washington and the sailors and marines who served under Captain John Paul Jones who were followed by their comrades and shipmates in the Armed Forces of the United States, preserving for us the rights, privileges, and freedoms we enjoy today.

Also as part of the KHS assembly, each veteran was asked to come up to the podium, say their name, what branch of the service they served in, and how long they served. What a stirring moment to watch men I have seen my whole life get up and share how they served their country to preserve our freedoms. Men like John Yergler, Jack Etherton, Louis Groves, Mike Groves, Jim Lewis and Joe Peak.

Then PKR and I sang a Patriotic Medley at the Wallace Elks tonight, as part of a short program they did to honor the veterans. It was a wonderful tribute.

At each of the Veteran's Day ceremonies, I was also impressed with the KHS JrROTC students who presented the flag. They do such a nice job, and my heart wells with pride as I watch these young men and women take their job of presenting the colors so seriously.

Thank you, Veterans, for your sacrifice to this wonderful country in which we live.