How Smells Take You Back in Time

Last night I was cutting some corn off  a cob, and when I cut the first kernels off, the air was filled with summer.  The smell of corn on the cob transports me back to summer. 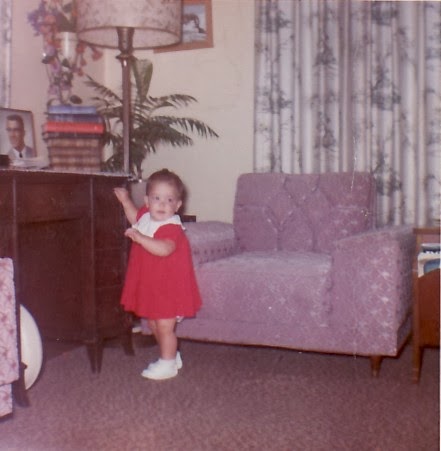 Here I am at Grandma West's house in Orofino when I was little.


When I work in my garden, especially with tomato plants, I am back in Grandma's West's vegetable garden.  Orofino has a unique soil, very dark with a particular smell.  And for some reason I think of that smell every time I work around tomato plants.

It is interesting how smells can transport you back in time.  A few years ago Paul and I were walking down McKinley Avenue in uptown Kellogg, past our old house, around where the Bunker Hill Mine workings used to be in that area of town.

One of us kicked up some dirt, and the smell again transported me to another time....to the playground at Sunnyside Elementary when you would be out for early morning recess, and there was a burning in your throat from the smelter smoke.  Because that smell was still in some of the dirt down on McKinley Avenue. 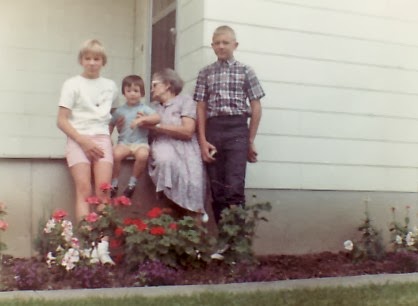 Here I am with my sister and brother outside of my Grandma Woolum's house in Spokane.


We have a small dresser drawer that we got from this same house, and, even years later, I can open those drawers and smell Listerine, a staple always in my grandma's medicine cabinet, and what her small little bathroom off the kitchen often smelled like.

Homemade bread baking in the oven reminds me of Sunday afternoons at home when I was growing up.  If Mom was going to make bread, that was the day she baked the bread.  And it was often accompanied by some delicious dinner.  Mom made the best homemade white bread!!

A friend in high school would always where "Brut" cologne.  If I ever smell that cologne, I am reminded of him.

Whenever I smell Constant Comment Tea, it transports me back to the faculty room at Silver King School, because this spicy orangy smell was very prominent in that faculty lounge at the school. This is the school my mom taught at until I was in 7th grade, so I spent many hours at that school. Later, when I was in high school, I helped clean this school and the same smell permeated from the faculty lounge many years later.

These are just a few small examples of how smells transport me back in time.  Fortunately, most of the time these memories are associated with good things.