Sibling Assignment 2015.4: Kellogg, Idaho is My Corner of the World #3Siblings 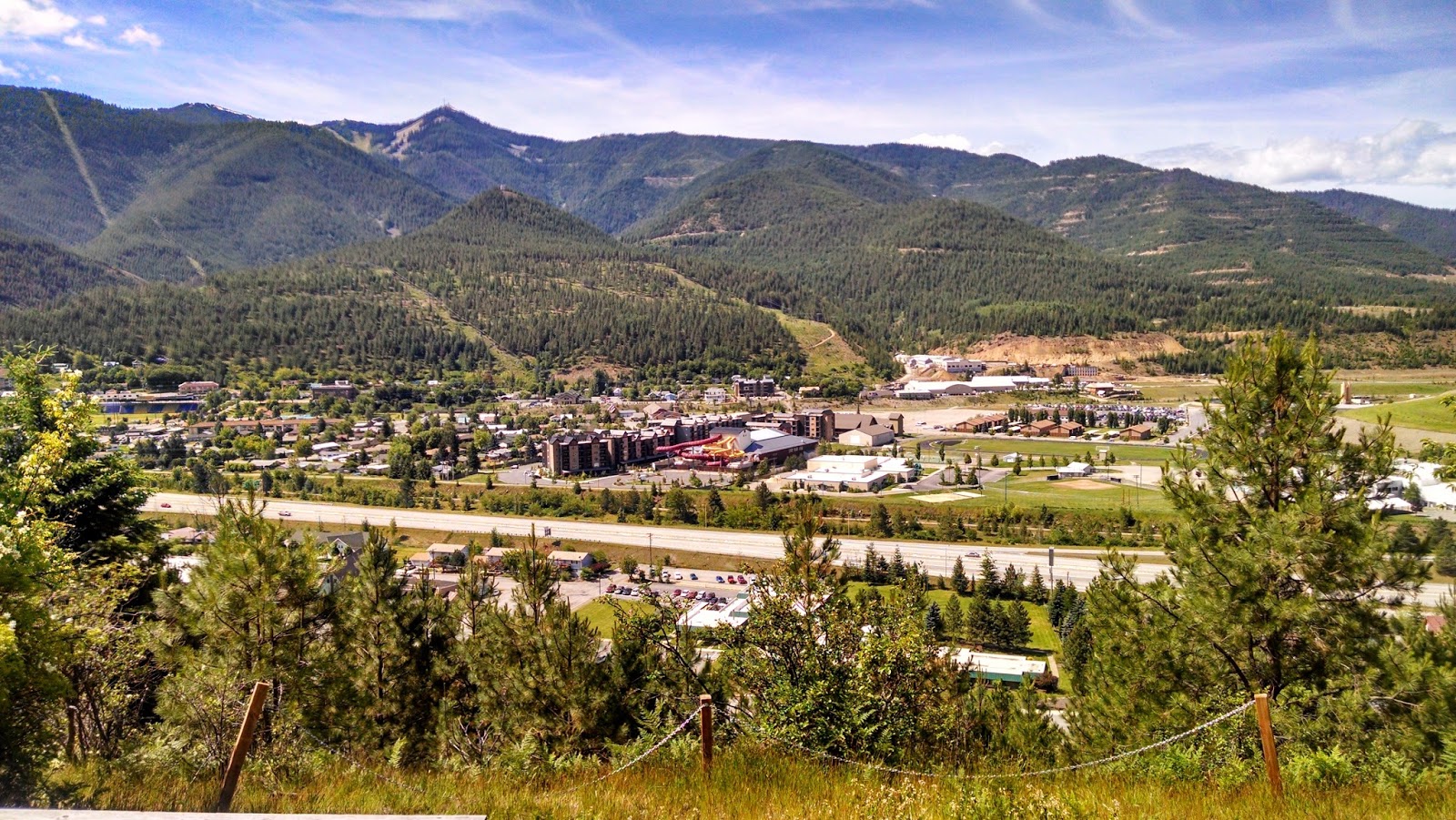 This week's sibling assignment was given by Christy:

Write on the following:'My Corner of the World."

Christy's assignment is here, and Bill's is here.

Kellogg, Idaho was my corner of the world growing up.

I lived here from the time I was born, until I moved away to my first job after I graduated from college.

My life's journey took me to Glendive, Montana and Meridian, Idaho.  But then that journey returned me back home....to Kellogg, Idaho.

I have lived here, for the second time, for almost 15 years.

This is home.  It will always be home.  It is also home for my husband, who lived between Kellogg and Meridian his whole life growing up, but claimed Kellogg as the place he always felt was his home.

Kellogg, to me, isn't just a place I live.  It is my history as well.

My great- grandparents on my Dad's side came out to settle in Idaho in the early 1900's.  My Grandma and Grandpa Woolum followed them out here.  My dad was born in Kellogg in 1930.  Kellogg was still a pretty new town at that time.

I think my love for Kellogg is in my blood.  Dad loved Kellogg.  He loved living here, and when he had to move to Spokane with my grandma when he was still in high school, I know he wasn't very happy about it.  But after he went to college in Lewiston, he returned to Kellogg and never left.

When I grew up in Kellogg, I don't think I thought much about living here when I got older.  But after getting married, and moving from place to place, I think Paul and I didn't really have a plan to return to Kellogg, but we just knew we would eventually end up here.

My corner of the world has seen a lot of changes over the years.  Legend has it that Noah Kellogg's Jackass found an outcropping of galena on the hill that eventually became the Bunker Hill and Sullivan Mining Company, back in 1885.

There used to be a billboard greeting you when you entered  Kellogg that has been resurrected in the past few years that looks like this: 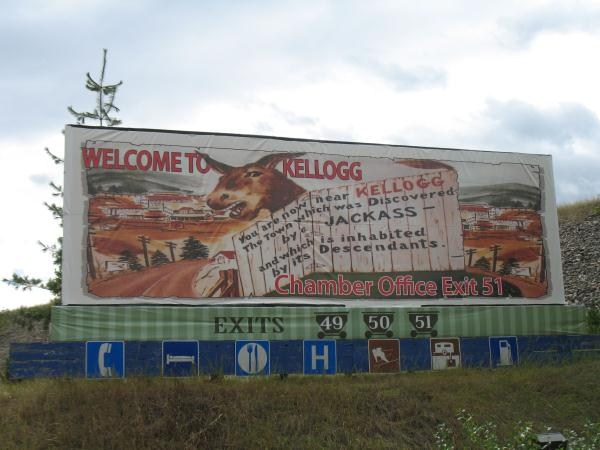 I am not ashamed to be descended by a Jackass.

The landscape of my corner of the world has gone through many changes.  Kellogg is in the middle of a valley in the Bitterroot Mountains.  The South Fork of the Coeur d'Alene River flows through Kellogg.

Now I think of this body of water as a river.

Growing up, it was known as "Lead Creek", because of the mining waste that flowed through it.

The mining changed the landscape of this area, causing the hillsides to become bare, and the river to be polluted. 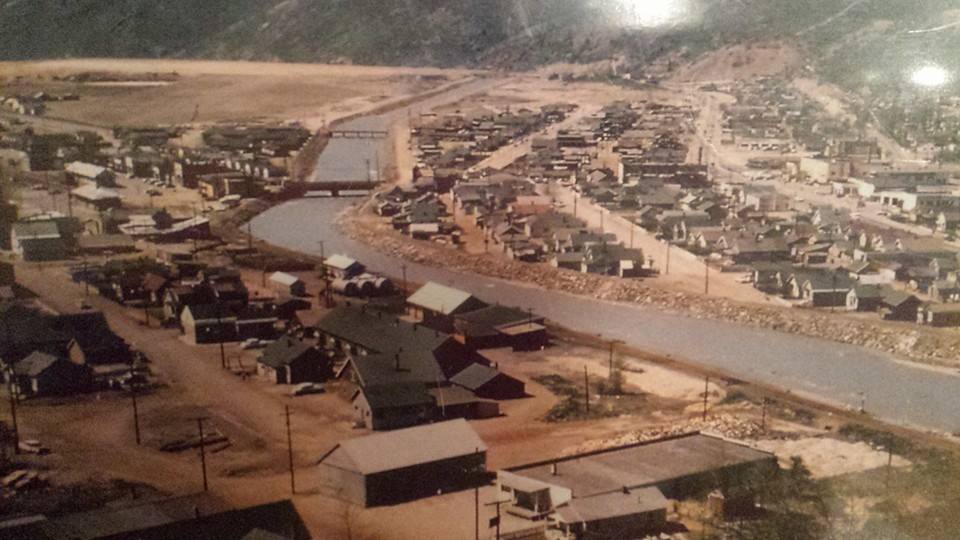 Here is a photo I took of Kellogg last summer.  Things have changed in the last 50 years or so.

Today a friend a graduated from high school with traveled from Kennewick, Washington with her church's youth group to spend the weekend here in Kellogg.  She had not been in Kellogg for many years, and commented on how beautiful it was.  She also said that, once she arrived, she felt like she was home.

That is not an uncommon feeling for people who lived here.

Through mining booms and busts, EPA clean up, Silver Mountain Ski Resort expansion, and other local changes, my corner of the world has survived.

And they are my people, here in this corner of the world.  And I am proud to be a part of them.

I wouldn't want to live in any other corner of the world right now, but this one nestled in the middle of Idaho's Silver Valley.

We visited Idaho in 2014 and stayed overnight in Kellogg. Nice town. Nice people. We were on our way home (Quebec province, Canada) from western Canada. Regards.